Do you have questions about Funding ?

Log in to ask questions about Funding publicly or anonymously.

Crowdfunding is a really good strategy to not only fund your startup but also to market your brand and expand reach. To launch crowdfunding campaign, you need to: 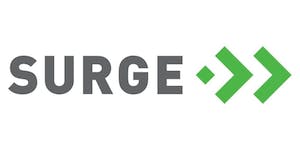 It is a commonly occurring problem among early-stage startups to raise funds and scale, considering that there are very few resources and a small number of people aligning themselves with the idea behind the business. Raising funds can be particularly daunting for founders of early-age startups because they have to make many more crucial decisions.

To address these concerns, Sequoia India wants to provide these founders with an â€œunfair advantageâ€ with a motto – No stage is too early. Sequoia India created a 16 week-long program called Surge, a rapid scale-up program for early-stage startups to grow by facilitating smart business model choices right from the start, and raise Series A, after the process.

The problems Surge aims to address

Sequoia India did a series of Twitter polls in November last year to understand the obstacles faced in the startup scene around the Indian and Southeast Asian regions.

The results Surge aims to accomplish

Based on the responses Sequoia India received on their Twitter polls, they came to the conclusion that early-stage founders are underserved. Surge targets the problems above to provide feasible solutions to accelerate startups. Here are some... (More)