What is Red Ocean and Blue Ocean strategy in startups? 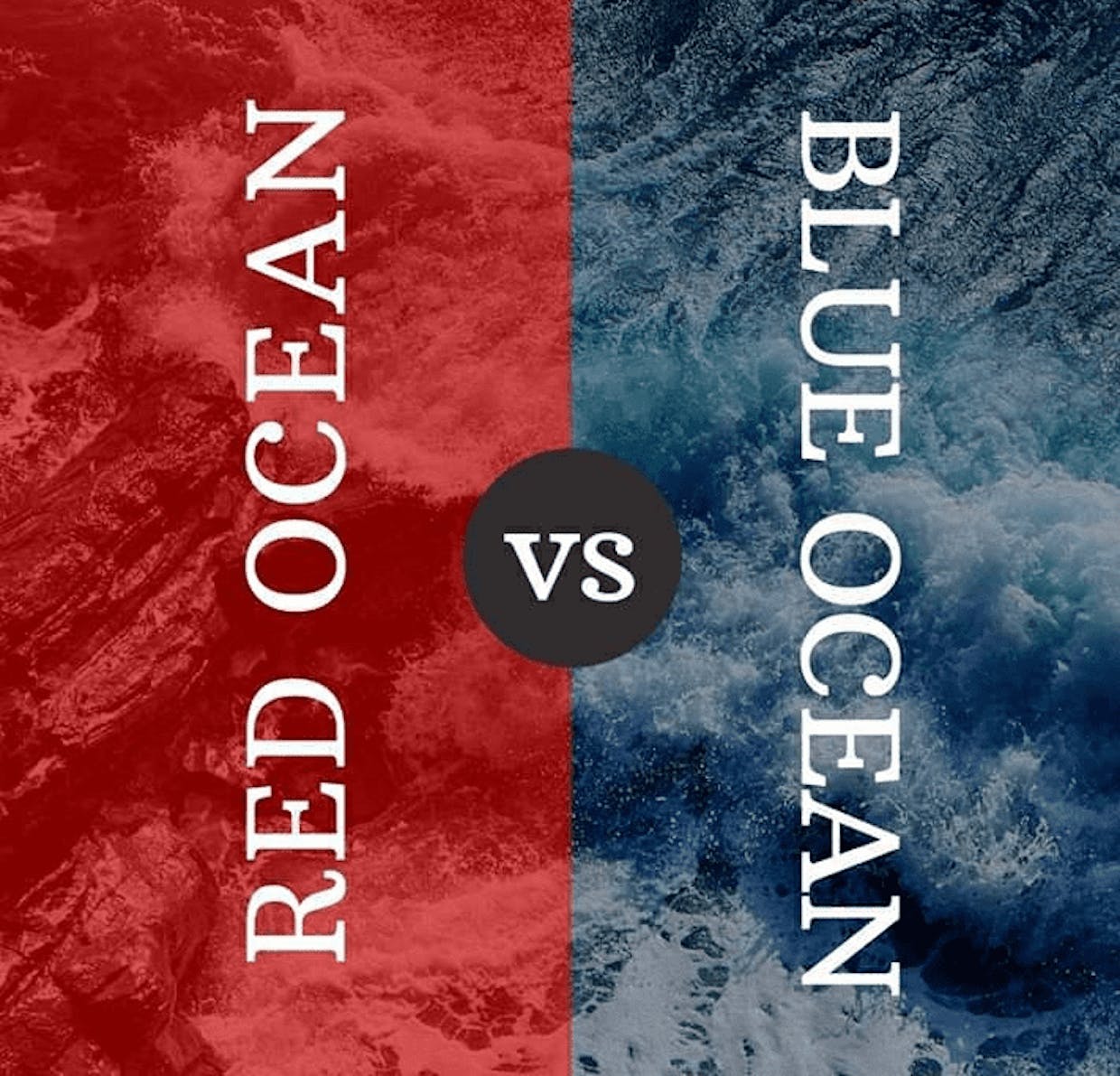 These two theories are widely used for Small scales enterprises, and multinational enterprises, these also find use in startups also.

Basically these strategies concerned about the level to which the concerned market is concentrated or still.

In this we considered those markets which are highly concentrated and there is heavy competition going on inside that market also the products are generally of same types and differ very less among them.

and in order to enter in this market one need to do something to disrupt this stillness and this could be done by heavy advertisements and brand recognization.

In this the product is new to the market and as a result the market is not still or concentrated and the competition is not much and the product get the necessary recognisation if it is upto the expectation of the customer.

So the level of marketing required in this is not that heavy as compared to Red Ocean.

for example The introduction of new gaming set up in the market that can provide you next level of gaming experience which is not previously possible.

For startup, both Blue Ocean and Red Ocean is not much of concern as it totally depend upon the idea that you have and how well you execute it.

Still, the chances of growing in Red Ocean is more if you be able to make your brand more available to the customer and how good you advertise your product, if your product, say for example, is of FMCG category then Red ocean Strategy will be applied.

And if it is of some, for example, electronics or tech based that provide something which was not available earlier then Blue Ocean strategy will be applied.

Entering in the business which is having high competition. Red oceans are all the industries in existence today – the known market space.

This type of business or start-up strategy is having an head to head competition, where there is very less of no more space left for new beginners i.e. the new business age not able to survive in such type of competition.

In this type of business strategy, the industrial boundaries are predefined by both big giants companies and the competitive rules are set by them only. Due to this these companies tries to outperform each other, in order to survive in the market place.

To be the biggest shark of this ocean, the companies reduces or cut the profit to such a level that no other company can provide to the customer .

In the market place of smartphones, most of the smartphones are using android as a rom (software) installed in them. Due to this there is head to head competition in the smartphone market b/w brands like ‘ Xiaomi ’ and  ‘ Realme ’. So they apply the custom skin on android to give extra features to their customers which are named as ‘ MIUI ’ and ‘ Realme Os ’( commonly known as ‘ Color Os ’.

In blue oceans, demand is created rather than fought over. There is ample opportunity for growth that is both profitable and rapid.

In blue oceans, competition is irrelevant because the rules of the game are waiting to be set. A blue ocean is vast, deep, and powerful in terms of profitable growth.

It is somehow difficult to sustain in the blue ocean for a long time, as the idea gets copied by other and competition starts b/w them and this also becomes a red ocean.

In the market place of smartphones where, most of the smartphones are using android as a rom (software), the Apple is using its own customised rom known as ‘ ios ’ which cannot be used by other brands like ‘ Xiaomi ’ and  ‘ Realme ’.

What is the startup story of Instagram ?
How the startup companies are having large/massive valuation, even when they are in loss?
Is bootstrapping good for startups?
What are the benefits of digital marketing in the startup growth?
What is spinny? Is it a Startup?
What is the difference between startup incubators and accelerators?