StartupTalky Community
Community Manager at ST
Posted last year
Low-cost prosthetic arm that uses brain signals!! Prashant Gade, a college
dropout from MP, India invents low-cost prosthetic arm that uses brain signals
and has helped more than 3,500 people with prosthetic arms through free
distribution. The prosthetic arm has sensors that read that signal coming from
the brain resulting in the movement of the limb. Unlike most prosthetics which
are connected to muscle movements, Inali Arms operate by detecting brain
signals. This makes it more accurate as opposed to muscle movements which can
easily be misjudged. It mimics technology similar to its imported counterparts,
but with cost-effective alternatives, like stainless steel for the inner
machine, and a mix of silicon and polyethylene for the exterior, for a more
realistic look. At present, Prashant Gade’s invention of myo-electric
prosthetics is India’s most affordable bionic arm for the differently-abled.
Join with me to congratulate Prashant and wish him all success. Watch
https://lnkd.in/gx7ury4 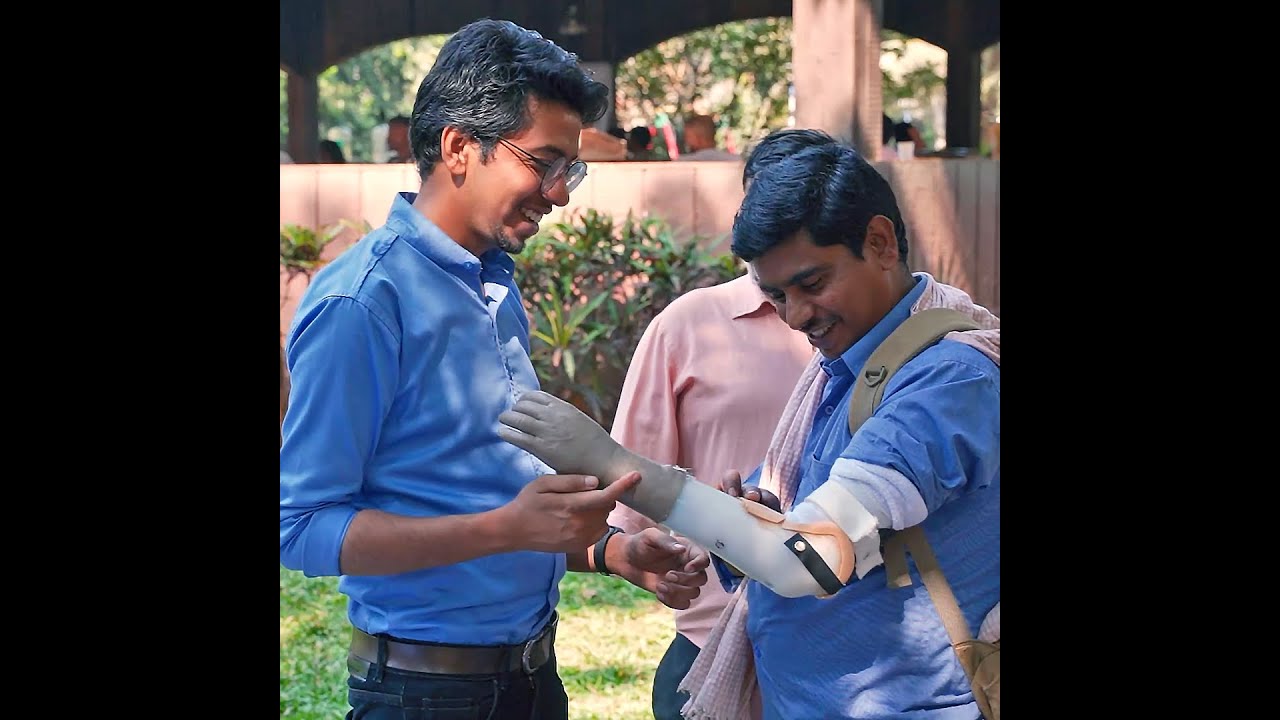 This 28-year-old engineering college dropout invented an affordable prosthetic arm and gave them for free to the disabled. Donate at - https://milaap.org/fun...