StartupTalky Community
Community Manager at ST
Posted 2 years ago
Have you tried selling something to yourself?!

You read that right!

Every time you try convincing yourself you are trying to sell something to
YOURSELF!

Trust me we do it often

1. I cannot be an engineer because I hate Math.
2. I cannot be the best because that position is already taken.

The problem is that it’s easy to get sold on the things you CAN’T DO!

And so difficult to get sold on the things you CAN DO!

Try recalling a time you thought,

If you look closely point 3 doesn't have a NOT in it.

That's made all the difference.

Ordinary people become extraordinary because they are more convincing, not to
the world, but to themselves.

Nobody gives an apple about what you might or might not become until one day,
you do!

So, if you're seeking inspiration in the ‘netherworld’

Just sell it to yourself like a good salesperson

Now, don’t tell me you don’t know how to sell.

Since you did that nicely the last time you bought an iPhone on EMI even when
you were spread thin, financially.

It’s just a matter of ‘NOT’

Do NOT use NOT, ever when speaking to yourself again.

PS: Don’t confuse this with positive thinking. Just think of it as not making
excuses to yourself! 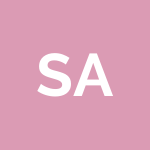 Sarajhones
3 months ago
We provide papers with zero plagiarism. The combination of in-depth research and strict compliance https://writemyessaytoday.us/ with the given requirements is what our qualified specialists with decent awareness of various spheres guarantee.
0